If They Were Betting Men (and Women) ... 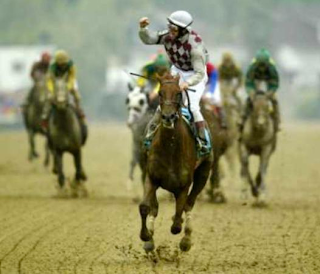 I was struck by something that FOX’s Erik Maitland said this evening. He prefaced his snowfall prediction with, “If I were a betting man….” And that got me thinking. What IF he were a betting man? And what if forecasters had to put money on their own forecasts. Might it change the way they went about their work, specifically when it came to pronouncements regarding the timing and magnitude of snow predictions?
So picture a rather preposterous new reality sport called weather forecast gambling. It would all be pegged to a forecaster deciding the appropriate time to place a bet with an allotted amount of money (placing a bet, of course, would equate to issuing an official forecast). The idea would be that you hold off on placing your bet until you felt reasonably sure that you were making a good decision.
Here’s how it might work. A forecaster could win the most amount of money for a high-risk/high-reward proposition (i.e., successfully predicting an 8-inch snowfall seven days out); conversely, the least amount of money would be won if a snowfall forecast were made at about the time a snowfall was commencing. If the forecaster were unsuccessful with his/her bet, they’d lose their money. They’d have the option of playing it safe (i.e., waiting until the sure bet -- to the extent that exists in weather forecasting), taking a big risk (going "out on a limb") or going for something in between.
Obviously, this is very tongue-in-cheek (although if the NFL labor agreement doesn’t get settled, there’s going to be a lot of extra betting money sitting around), but it’s (somewhat) interesting to contemplate how differently forecasters might approach their communications with the public under a different set of rules.
Then again you could play "fantasy weather" and draft a forecaster ……
Posted by Bill at 12:16 AM