The National Weather Service discussion from Wednesday evening suggests an "interesting" weekend weatherwise as more rain and potential severe weather is in the forecast.

The primary concern in the longer term continues to be the potential for shra/tsra and locally heavy rainfall from late Thursday night through Sunday as warmth/moisture surge back into the region. In addition to potentially heavy rainfall... Ingredients also look like they will fall into place for some possibility of severe weather Saturday and perhaps more-so on Sunday across the area.

For those waterlogged in Minnesota, here's something that might make you feel a little better. 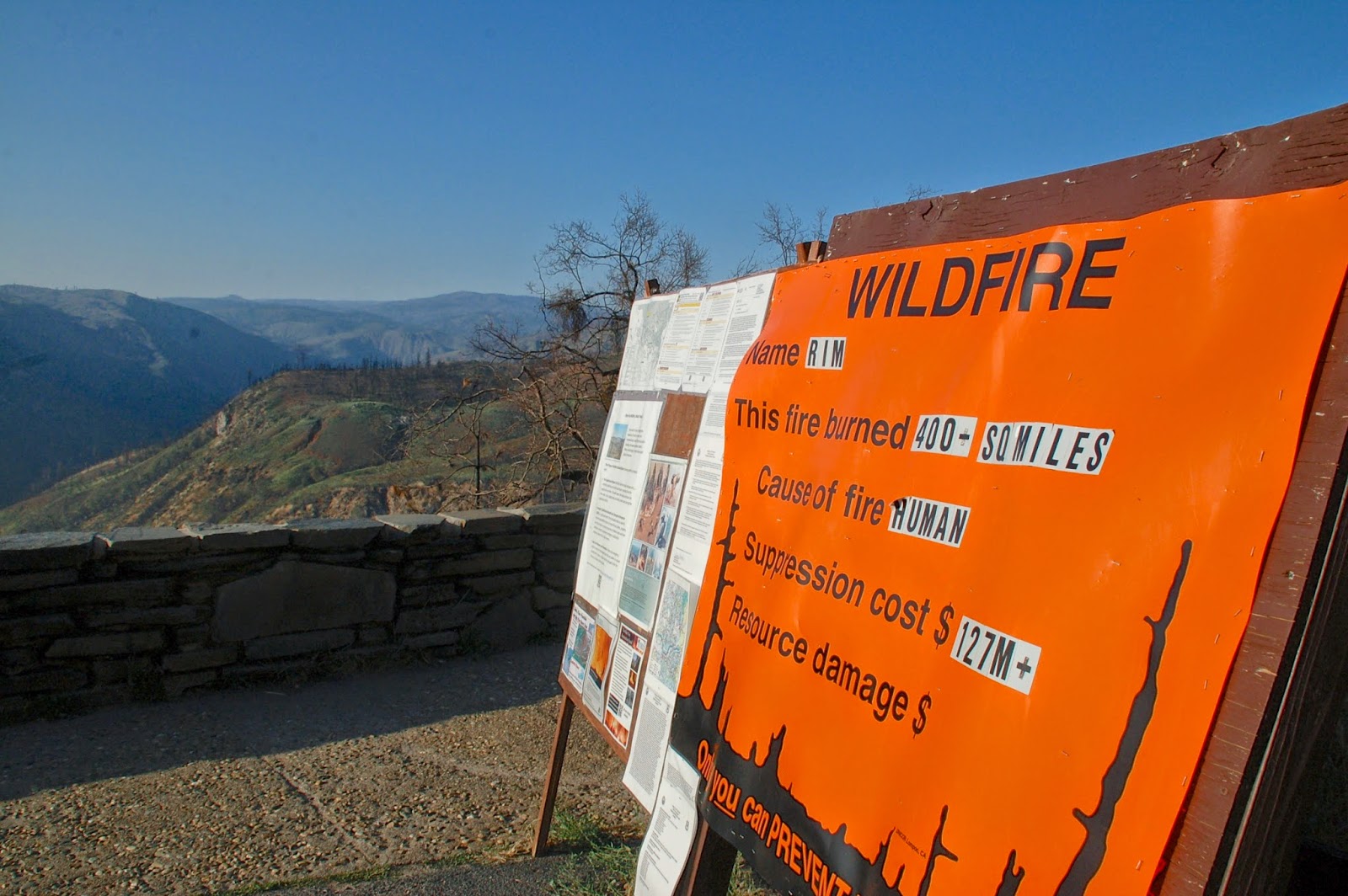 Driving east along California Highway 120 on the way to Yosemite National Park, the picturesque California countryside suddenly turned eerie. To my Minnesota eyes, accustomed to the sight of damage caused by Dutch elm disease, I wondered if the increasingly number of brown pine trees in our midst was caused by pests run amuck. It was only upon returning from Yosemite that we learned we'd travelled through a small slice of devastation from last summer’s Rim Fire, California’s third largest wildfire.

Seven months after the fire was officially contained on Oct. 24, 2013, the scars from the disaster are still fresh. Stacks of cut wood remain along Highway 120, which itself was saved from damage by backfires set by firefighters. 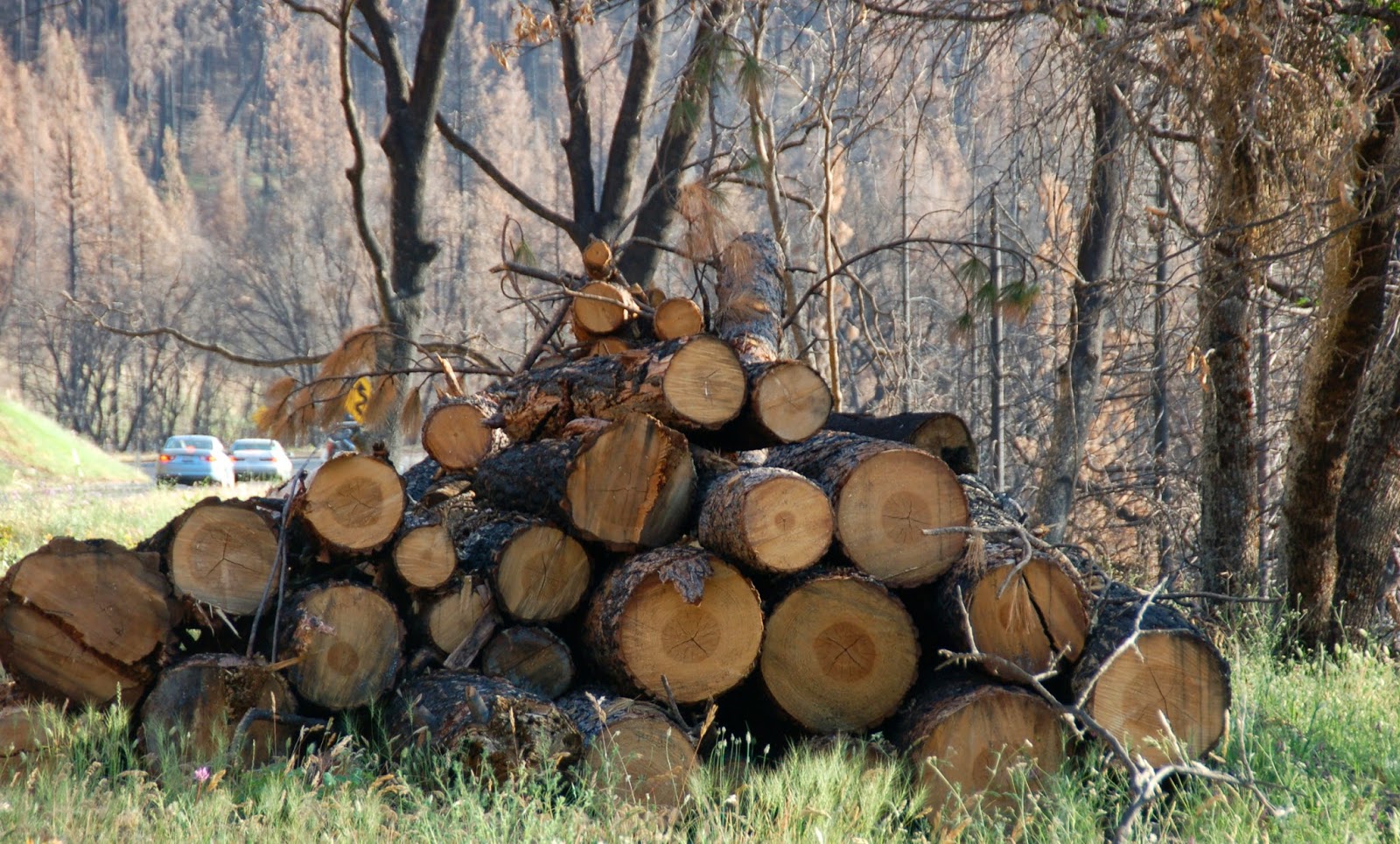 To a former Minnesotan, the vast brown, burnt and bare landscape is an alarming sight. To a native Californian, it’s a reminder that fires are an integral part of the forest’s cycle of life.

Still, this fire was noteworthy. It burned 400 square miles and cost more than $127 million to suppress. Sadly, it was started a by hunter’s illegal fire that went out of control.

The following pictures were taken on May 31, 2014 at the Stanislaus National Forest’s Rim of the World vista point: 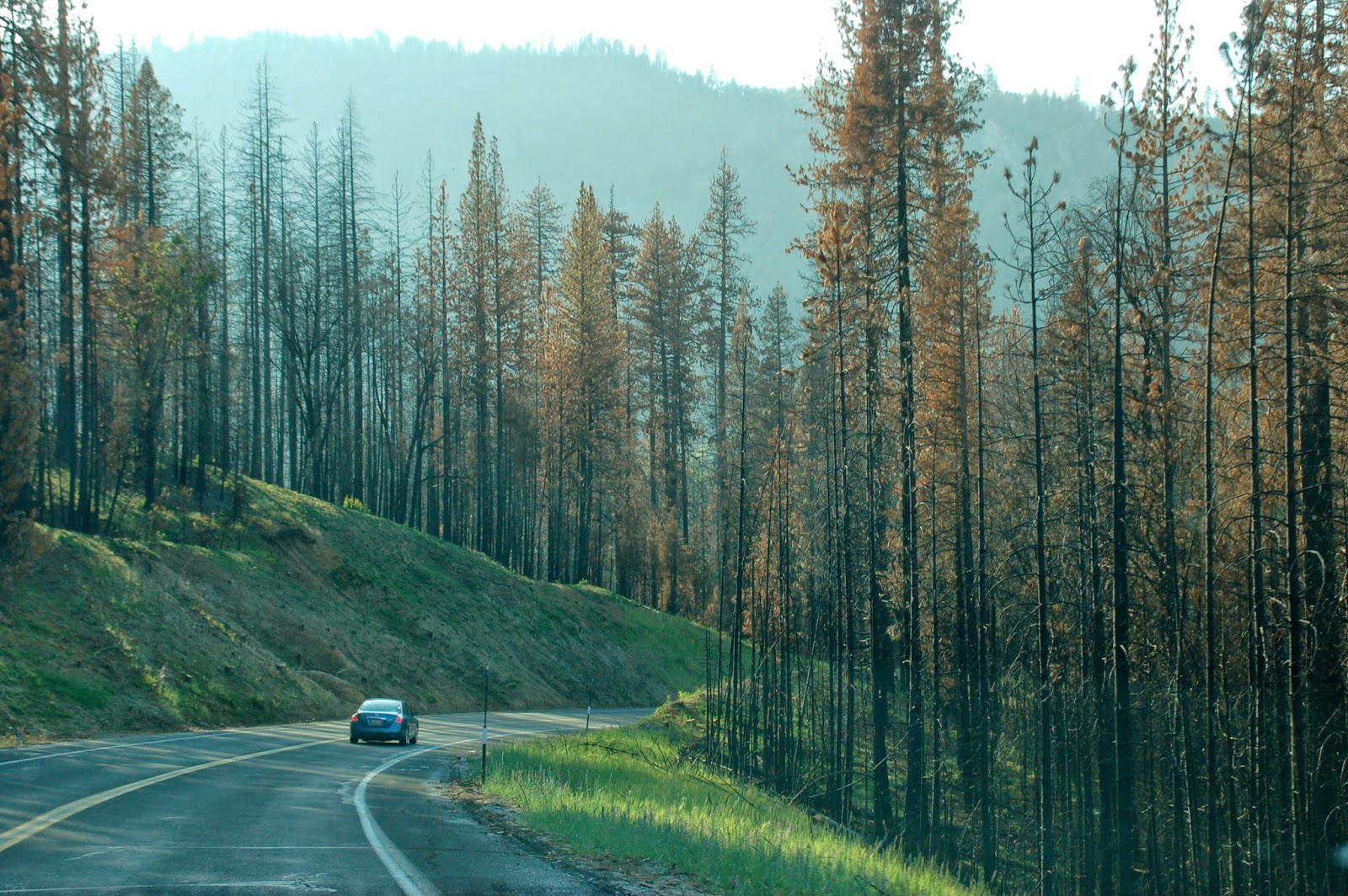 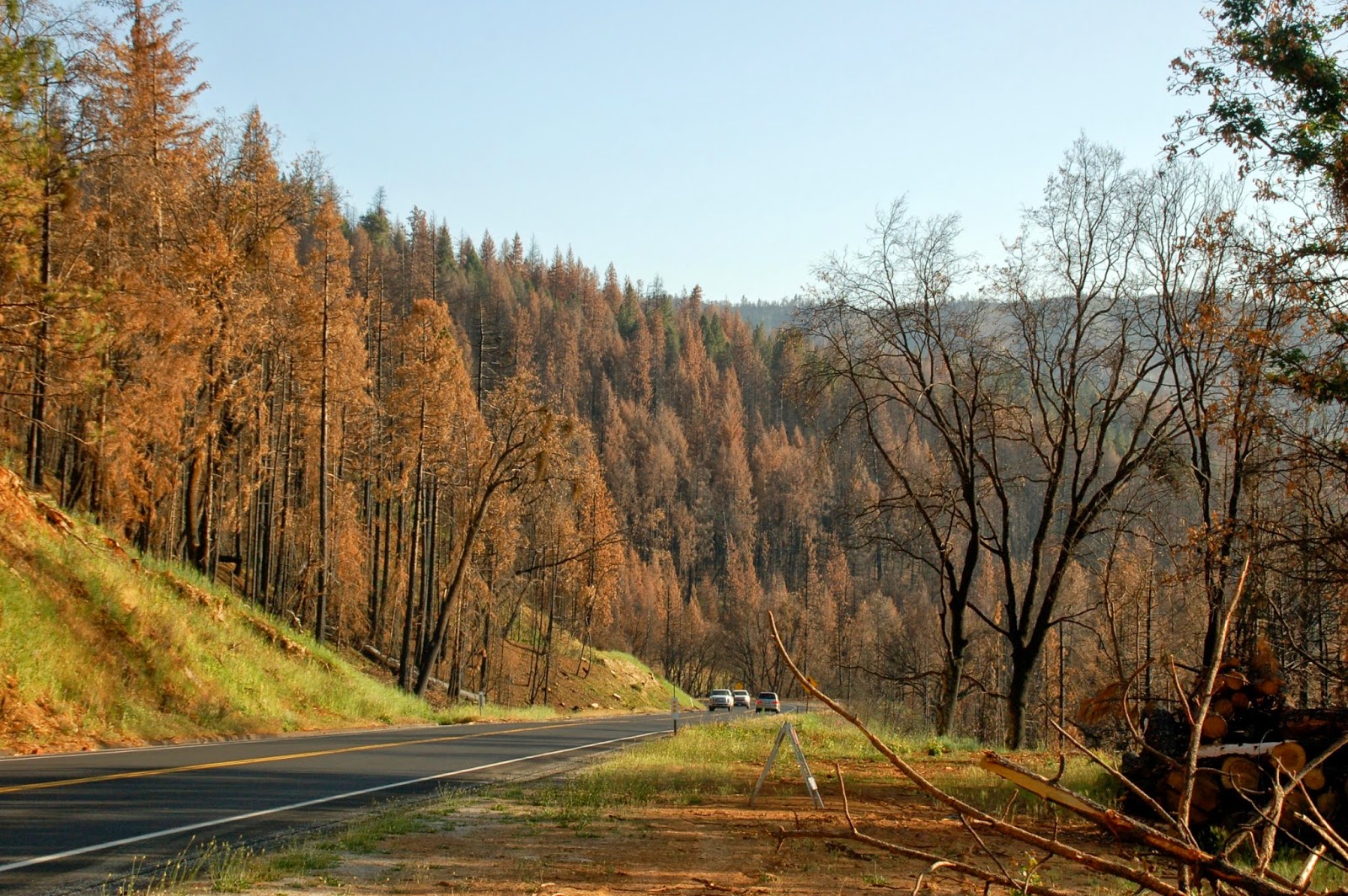 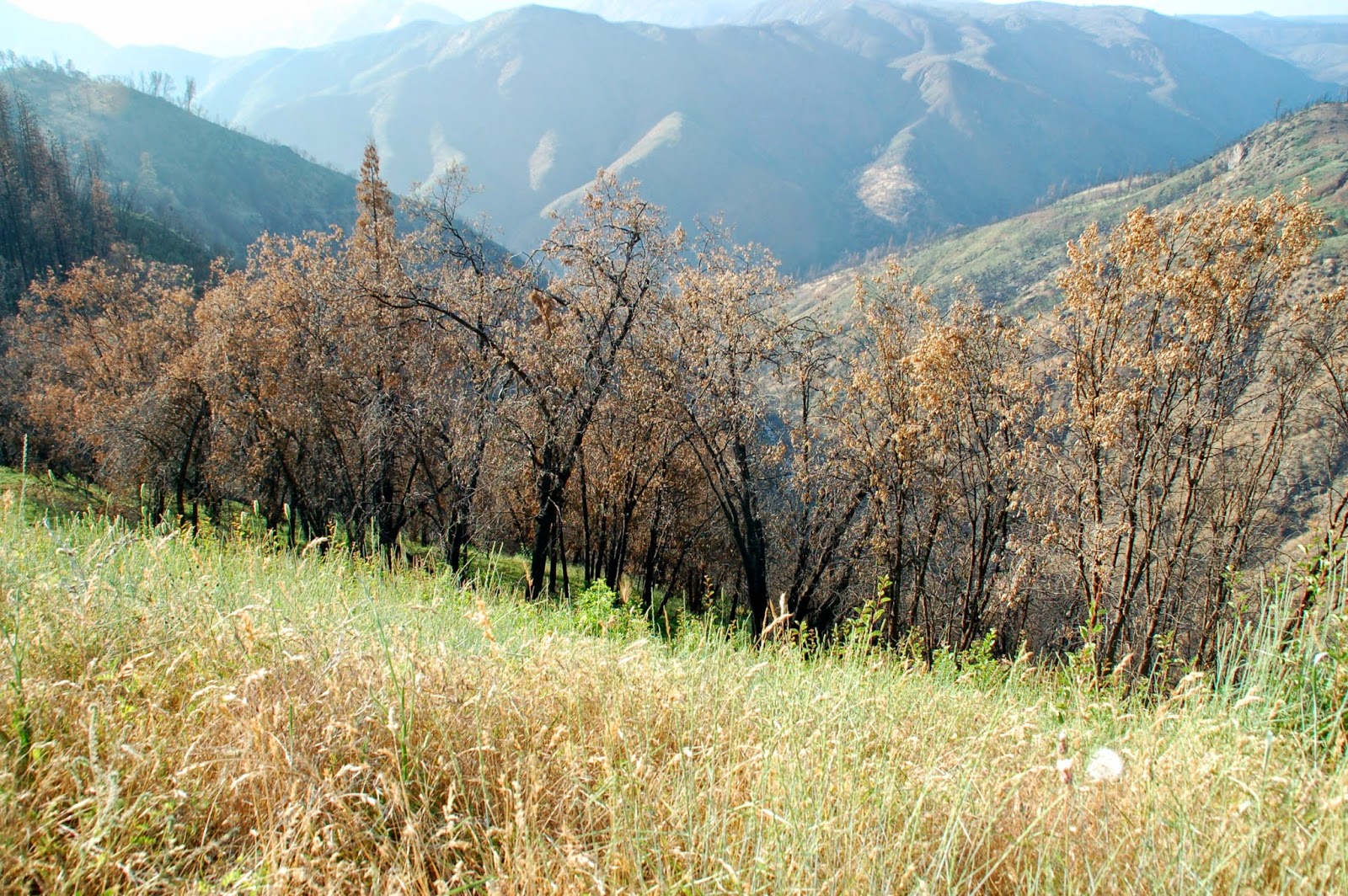 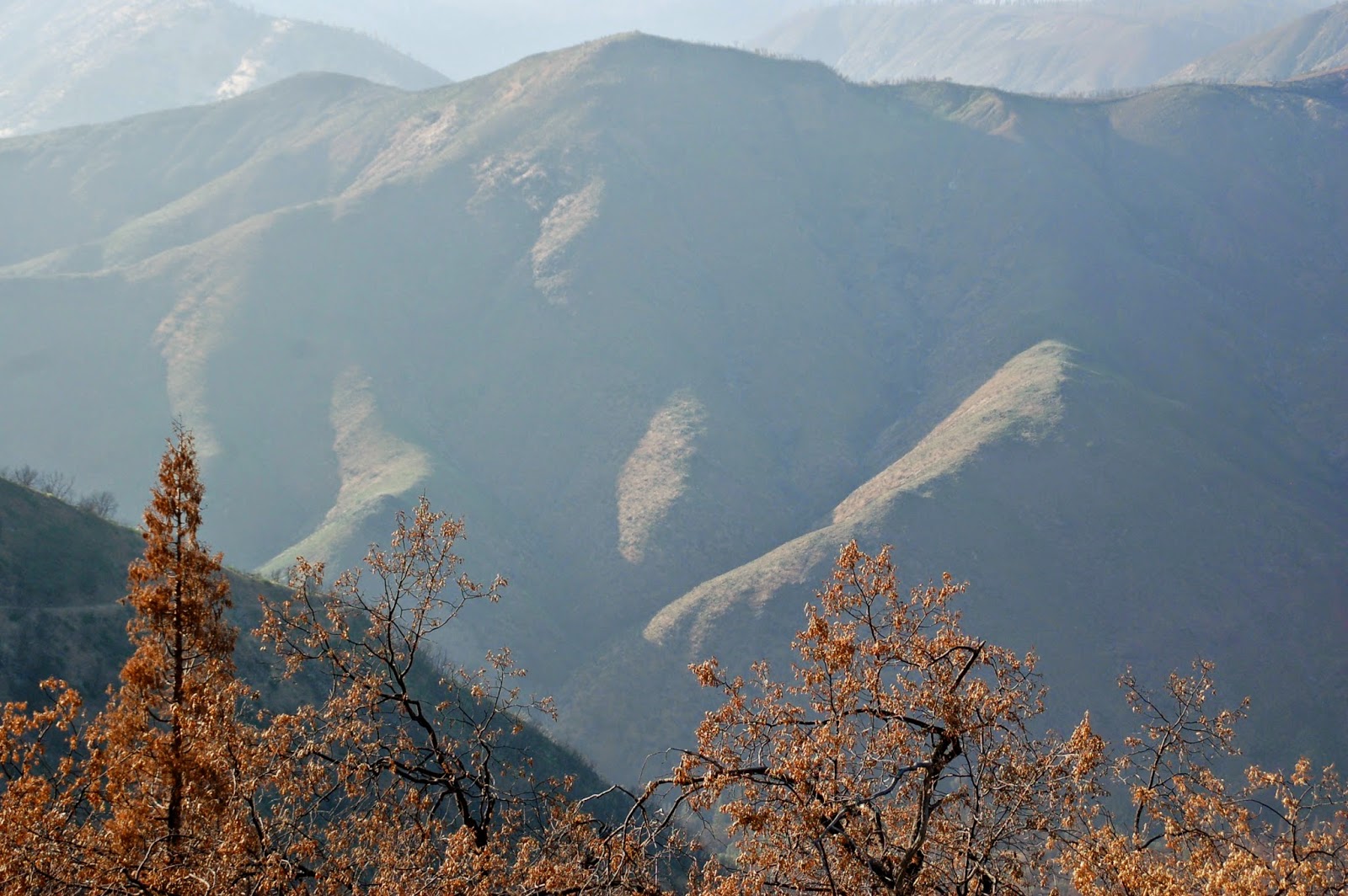 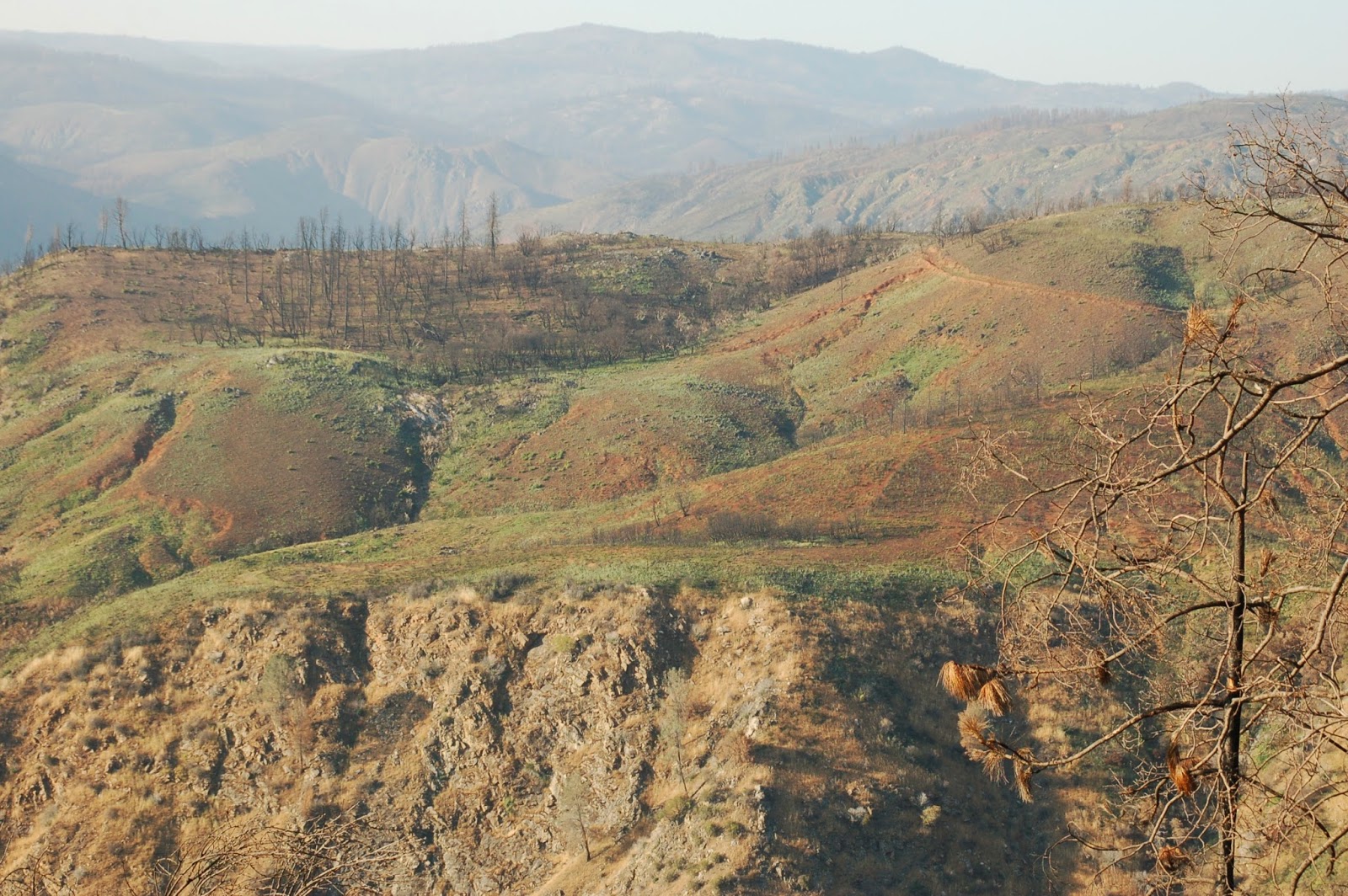