Future Scan vs. Reality: How Did It Stack Up for KARE11 Sunday Night?

Future scan, or "future radar" as some weather outlets call it, has increased in popularity over the last several years. Yet we've always wondered how future radar verifies. A tweet from KARE11's Sven Sundgaard detailed the future radar for 11:39 (the tweet was issued at 10:40 so the "future" in this case was about one hour). Here is how the future scan appeared (click here for actual depiction): 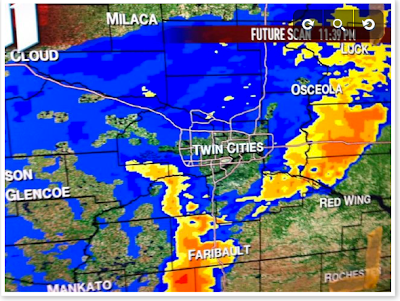 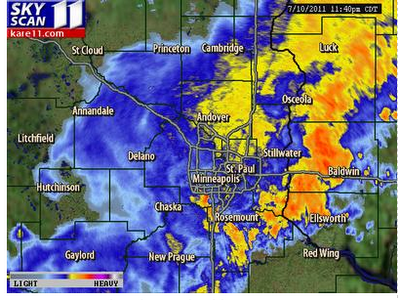 Finally, for good measure, here's a radar scan from Wunderground.com at about the same time: 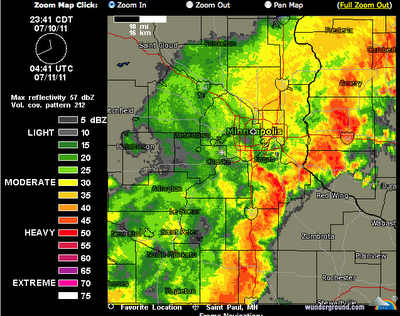 In our opinion, while the future scan reasonably communicated the essence of the storm movement -- and therefore did provide a service, the future scan did not account for the heavier showers that persisted on the north side of the Twin Cities. A big deal? Probably not in this case. But we think that given the inherent unpredictability of summer storms, it can be risky business to provide an image that suggests an all-knowing future.

How would you assess the effectiveness of KARE11's future radar and the concept of future radar in general? Leave your comments below.